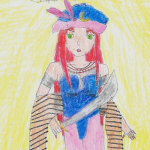 Hi, welcome to Wiki of Mana! Thanks for your edit to the Circle of Mana page.

First off, let me thank you for all your hard work in recent days. Much appreciated.

I just want to go over a couple quick things — make that three — that could use doing.

Ruling Knight is not the correct name for the Duran Light-Dark class but Liege is according to Trials of Mana from the Collection of Mana. How does that make it non-canonical, especially since Duran is specifically a character from Trials of Mana and not Heroes of Mana? --Gourra (talk) 20:33, June 25, 2019 (UTC)

Trials of Mana is not translated by major team. Classes names were used in Sword of Mana. Heroes of Mana is final game the developed by original team. Original staff was left out, and Square Enix used same naming conversations from SNES in Secret of Mana iOS. Same with Sylphid and Jinn conversations. It can't be main name for page. I will changed names, but not article. Thanks. Windywalk (talk) 20:40, June 25, 2019 (UTC)

Trials of Mana is an official release, are you going to say the same once the remake is out and if they use the same names as in the Collection of Mana? You shouldn't go by what might correspond to another game, but what it actually says in the game. Do you want me to post a screenshot of the class name in the Switch version? --Gourra (talk) 20:44, June 25, 2019 (UTC)

What you should do—and this will take some time across the board to hammer out—is use the latest official translation for each title when considering naming things. Or, in the absence of official work, go with the most widely accepted. I can't remember who it was changed a bunch of monster names that were not redone in SoM 2018, but we really have to stick to the official names that the casual observer will recognize and want to search for. If you want to debate canon, that's another topic in itself. Swordzmanp236 (talk) 22:45, June 25, 2019 (UTC)

Search "紅蓮の魔導師 ブライアン" in Google. His real name looks like not officially confirmed. His real name will never be revealed ever. Ishii and Kameoka were already left Square Enix, and team was dissolved; therefore they will not be involved in Trials of Mana. Nothing related to original team unfortunately. Windywalk (talk) 21:15, August 12, 2019 (UTC)

Another tangle to be sorted out Edit

As I try to figure out how to realign categories for Trials, I get to thinking that several articles need to be split for what appear to be different worlds connected by Mana. As written, I see places like Jadd and Wendel written for Dawn (4) as islands when they're cities in 1 and 3, each with a variation in theme.

I was wondering also if you could lend a hand tidying up the monster database and making sure everything is square. For the record here, I'm currently watching a playlist on YouTube of the original version of Trials as ported to Switch. Some of the monster names may change based on that, but what I'd really like to see happen is that we have the original Japanese for reference.

Of course, I'll be contacting other editors as well to see if they're on board with helping clean up. Once I know that is well underway, I may think about changing the color scheme from green to sky blue. If you can find an image that I can use as wallpaper, I'd be glad to see it. As always, you can come to me with any questions or concerns you might have.

Again, thank you for contributing, and remember that this space is a labor of love for every Mana fan, not just a lucky few veterans. Swordzmanp236 (talk) 18:28, September 3, 2019 (UTC)

As you head back here, you should notice that you have several new tools in your top navigation. Please, use them well. The last person I promoted for help was well over a year ago, and he has not been active. Thus do I place trust in you to get things done as you see fit. All I ask is that you not let it go to your head (I make the same request on other wikis that I manage). Thank you again for all that you do. I'll be in touch. Swordzmanp236 (talk) 21:33, March 25, 2020 (UTC)

Again, your contributions are much appreciated. But now you're straying a little too far from the scope of the project. We need to be able to stick to some kind of reference as to what belongs here. I'll have to draft something to make it firm, but here's what we need.

SoM (3D) (this would only work for articles on exclusive features, like the logs)

Though I myself have a keen interest in hardware and software, it needs to bring up the rear.

If you wanna make a project page like a "where are they now?", you go ahead and do that. For the moment, such things don't really belong in main space. You are also free to maintain whatever personal projects and opinions in your user space.

I shouldn't need to remind you, but you are granted free reign for one purpose alone, and that purpose is to present facts about the Mana series. You were chosen because I have every confidence in your ability to execute this task. None other have stepped forward. I don't like questioning my own judgement, but this is mighty close.

I get it. You don't like the direction this series is taking. And you've got a lot of creative talent within yourself. But please, stay focused and keep it clean for the sake of this community. Swordzmanp236 (talk) 03:26, April 25, 2020 (UTC)

I believe you asked me to find some information about some of the original staff, and what they're doing now. I intend this to be an ongoing "stream of consciousness". I'll add as much information as I can find.

It looks like the illustrator, Ms. Ikeda, once had her own company. It probably doesn't have anything to do with the series itself, but given that she also had fairly recent work on Final Fantasy XIII and both versions of XII, It's pretty clear that she had some involvement with the new Square. I had to go to MobyGames to figure this out. Every other reasonable source stops at 2009. That she had her own company was actually linked at Final Fantasy wiki. It was captured at the Internet archive. At this point, I don't have anything further on her.

As for Mr. Kameoka, looks like his last work with SE was Final Fantasy Dimensions II: The Crystals of Spacetime. That was 2017. Looks like he had some pretty tight connections with some of the old guard. He also worked with former Final Fantasy producer Hironobu Sakaguchi, who runs Mistwalker. Kameoka has a credit on Blue Dragon +.

Ms. Sasaki's last known credit for SE was the ill-fated Romancing SaGa do-over in '05. Also per MobyGames, she's done quite a bit of work for One Piece spinoff games. Some of the other titles listed there, I don't even recognize.

Roughly the same story for Ms. Yoshioka. She was also part of the art team for both versions of Final Fantasy XII. It appears that she had a relationship with Grezzo, as there is listed a credit on Ever Oasis. Not much else there.

And lastly, the kahuna, Mr. Ishii. MobyGames has him as producer on AoM. I don't know why, but I suspect something is amiss here. I'm not going to try to read too much into it, but what makes sense to me is that Mr. Oyamada had to pick up the series torch from someone on the original team, and who better than Ishii to hand it off? Other than that, we know what he's done for remasters of other games that aren't part of the series. Hopefully your nose can pick up a few things mine can't. Good luck. Swordzmanp236 (talk) 01:24, May 31, 2020 (UTC)

Ms. Sasaki (佐々木倫子) is NOT same person as One Piece spinoff games, who affiliated with Ganbarion (佐々木典子).

Y'know, I'm not surprised by those findings. Something, as I said, seemed off. What's even worse is that a search on that site returns dozens of the same name, so you sort of have to throw darts and hope you picked the correct entry. Would be nice if they could make the Japanese just a bit clearer, or at least more accessible. Then again, I'm not really familiar with the language. Thanks for the assist. Swordzmanp236 (talk) 05:26, May 31, 2020 (UTC)

Retrieved from "https://mana.fandom.com/wiki/User_talk:Windywalk?oldid=28040"
Community content is available under CC-BY-SA unless otherwise noted.