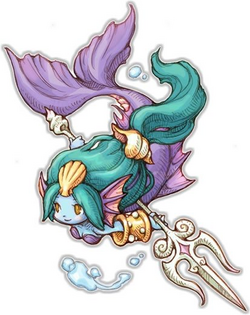 Undine (ウンディーネ Undīne) is the Mana Spirit of Water. She appears as a mermaid, often wielding a trident. As the water elemental, Undine's spells invoke attacks such as hailstorms, acid showers, tsunamis, whirlpools, bubble guns, and the ability for weapons to freeze opponents. Her healing spells in Secret of Mana were given to Wisp (Lumina) in Trials of Mana.

She usually appears as helpful and seem to be very supportive. She's also quite confident of herself, though not as much as Wisp. 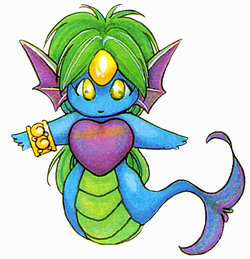 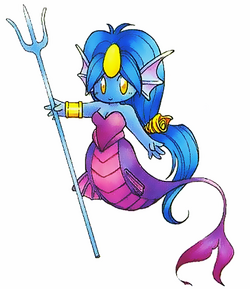 Undine is the fifth Mana Spirit to join the heroes. The heroes' search for the Mana Spirits eventually takes them to the Water Mana Stone, located in the Labyrinth of Ice near Frostbite Fields. Before they get to the Mana Stone, they are forced to defeat several Machine Golems summoned by the Darkshine Knight. After the golems are taken care of, the heroes find the Mana Stone and Undine, who then joins them. 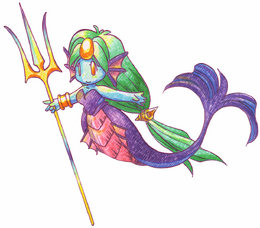 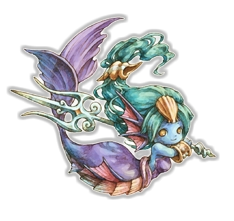 Retrieved from "https://mana.fandom.com/wiki/Undine?oldid=20168"
Community content is available under CC-BY-SA unless otherwise noted.