The Super Nintendo Entertainment System (abbreviated Super NES or SNES and known as the Super Famicom in Japan) was a video game console developed and manufactured by Nintendo. In North America, it was released in 1991 and discontinued in 1999.

A limited-edition HD microconsole, the Super NES Classic Edition, was released in early Fall 2017. This device includes the original Secret of Mana among its preconfigured games. 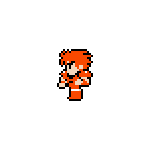