Luna (ルナ Runa) is the Mana Spirit of the Moon. She resembles a fairy, with wings behind a teardrop-shape housing a female face holding a glowing sphere.

Luna is mysterious and strange, She appears with little character development unlike the others, who have at least a personality associated with them. She tends to be dreamy at most.

Throughout the installments of the Mana series, Luna has had an unusual past and has been representative of different powers. Luna's powers of the Moon are strange and varied, encompassing temporary transmogrification, berserk-style power boosts (given to Salamander after Secret of Mana), a weapon enchantment that steals health points from opponents, health gauge modifiers, and an infamous Random Magic spell which has surprising and often unpredictable effects. In Children of Mana, Luna can manipulate energy and atomic forces when summoned.

However, in and only in Legend of Mana, Luna was replaced by Aura, the Gold Elemental. While Aura is golden like her predecessor and retains a slightly similar female face, the most striking differences are her golden spiky crown and her unusual two-toed body. Aura's powers, are mostly named after gold and platinum. Even with the radical shift from Luna in name, Aura's spell animations contain stars, orbits, and other sorts of cosmic suggestions that are more akin to her celestial predecessor's powers.

Luna is a moon spirit given by Genoa after Devius is defeated at Jadd. It has a support magic of Mooglemorphosis and a moon attack that may inflict Wimp.

"I'll go with you. Can't sit here moping forever, can you?" -Luna

Another Luna may be obtained/upgraded by: 3 Dudbear gold by a woman named Asaad at Ishe Inn, Night of Luna Day; trading a moon geode found on Glass Dessert Armory to Gazu of Lohimar; rescuing one trapped in Devius Manor from a black Dudbear (luna level must be at least 30); praying to the Gray goddess statue at Prickly Dessert, night(luna must have at least 2 uprade); finding one on Wendel Inn on a Luna day(must have 10 moon coins and at least 4 lunas); trading 10 Moon Coins to Frolan of Khala Peaks(luna must done at least 3 upgrades); and lastly blessing it on Wendel Cathedral, Night of Luna Day(done at the last)

Upon obtaining all luna you'll achieve the title Necromancer. 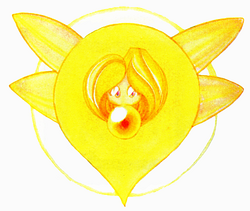 Luna is the seventh Mana Spirit in the game. She is found after diffusing the Crystal Orb in the Moon Palace. Her spells include Moon Saber, Moon Energy, and Lunar Boost for Primm, and Lunar Magic, Change Form, and Magic Absorb for Popoi. 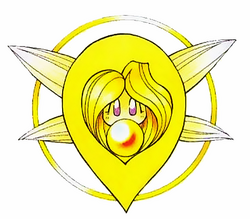 Luna is the seventh Mana Spirit that the heroes see in Trials of Mana. She is found at the Chartmoon Tower in the midst of the Moonlight Forest. When the heroes arrive at the tower, they find Goremand, who is evidently intent on releasing the energy of the Moon Mana Stone. They are about to fight him when the beastman Ludgar arrives and tells Goremand to go on ahead while he holds off the heroes. Once Ludgar is defeated, Luna appears. Kevin asks her if she can help Ludgar, so she revives him as an infant. Luna then joins the heroes on their quest to obtain the Sword of Mana. 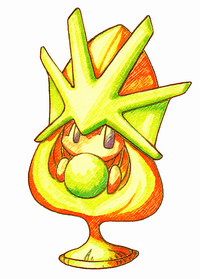 In the world of Fa'Diel, Aura is regarded as the Spirit of Gold, and is said to be the master of all her sibling elements. 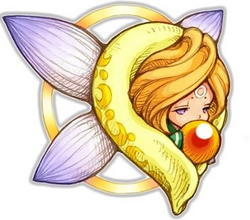 Like her fellow spirits, Luna can accompany the player character on their treks through Fa'Diel's myriad dungeons. Her attack and support spells, respectively, are as follows: 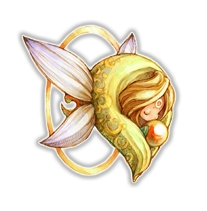 In Dawn of Mana, Luna's personality is sleepy in all encounters with her, and her elemental powers can confuse enemies.

Luna (LOO-nuh) is the Latin word for Moon. In modern Latin languages, e.g. Spanish or Italian, the same word is used today. In these languages, the first day of the week (Monday) is Lunes (Sp.), Lunedi (It.), Lundi (Fr.), where the suffix "-di" means "day". In fact, Monday is named after Mona, the Anglo-Saxon goddess of the Moon.

Retrieved from "https://mana.fandom.com/wiki/Luna?oldid=24381"
Community content is available under CC-BY-SA unless otherwise noted.