Mana Sanctuary
For the antagonist of the same name in Sword of Mana, see Julius (Sword of Mana).

Julius is a major antagonist and the final boss of Final Fantasy Adventure and Adventures of Mana.

According to the backstory, Julius is the son of Vandole and intends to restore the Vandole Empire. He also seeks to marry the Heroine whom he fell in love with.

The Julius from Adventures of Mana is an opportunist and obsessed with reviving the Vandole Empire. He also falls in love with the Heroine and intends to marry her. 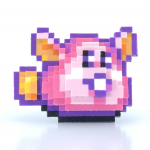